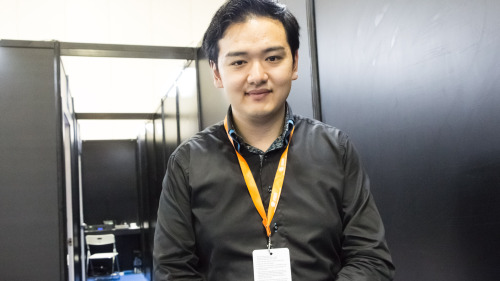 You’ve seen his covers. Got inspired by his beautiful renditions of your favorite classics. And most importantly, fell in love with his music.

Animenz started piano at the tender age of 6, and has been playing it ever since! With close to two decades of commitment to the piano,  can you Imagine all that effort and trials he’d been through with his trusty companion?

Renowned to both Anime music lovers, piano enthusiasts and aspiring musicians for his world class transcription of Japanese Animation Music.

He is currently perusing a bachelor of music in Rostock,Germany, and striving towards his dream of becoming a piano teacher in the near future. He is currently working on his debut album, which will be released this year.

So just how popular is Animenz?

He has over 60 Million views on his 118 video strong repertoire, 460 thousand subscribers on his Youtubechannel, and 700 thousand fans on Facebook page.

Recently, Animenz had his Asia Tour LIVE performance on the 4th & 5th  of September 2015 in Taipei.

His first collaboration stage performance with TAM (TAMUSIC) on 12th September 2015 during this STGCC!

Furthermore, Animenz will be heading over to Nanyang Girls’ High School Auditorium, in Singapore on the 18th of September, and UCSI University Recital Hall, Kuala Lumpur on the 19th & 20th of September for his upcoming LIVE performances.

Ever wanted to know and hear more about Animenz’s personal advice for aspiring pianists? Or his experiences thus far? Let’s find out!

Q. Animenz, just who or what is your inspiration in life? It must have been something amazing to keep your passion burning all this time!

My main inspiration came from the composer Beethoven. I love playing piano because i want to create something. Being able to play the piano is actually one of the best thing you can do, because you’ll be in your own world. You can control everything, and nothing can stop you. That’s the reason why I like playing piano very much.

At first I was pressured like every kid by their parents when I was 6 years old. Soon after that, I grew to like piano as I realised that there’s so many possibilities. Playing the piano is endless, and there’s no end to playing music. You can compose the music, and after million years, there will still be new pieces.

Q. Having transcribed so many songs, which would be your toughest transcript?

My currently top 3 more difficult transcript are: Unravel – Tokyo Ghoul opening, MY DEAREST – Guilty Crown opening, and Kuusou Mesorogiwi – Mirai Nikki opening. Each of them are difficult on their own, and they definitely belonged to my top 3 so far.

The original songs are really amazing with really definite features. For example, MY DEAREST has this immersive background, and forgetting the emotional tones of the vocalist, TK,  from “Unravel”.

Q. As a pianist, do you have any personal advice for beginners or aspiring pianists to improve themselves?

Everything in life, there are actually no real shortcuts. Serious practice will be the answer. I know that the difficulty of my sheets are very high, but no one’s stopping you as long you continue in trying your best. And don’t ever give up, because one day, you will prevail and the results of your hard efforts will come.

Q. Here’s a question we’ve been dying to ask. Do you believe in self talent or sheer effort?

Recently, I had a lesson in my conservatoire which discussed this particular question.

I do think some people may have inborn talent, but if you don’t practice and utilize your talent then it’s going to be a waste. I personally think everyone can succeed if they try to improve themselves. But the difference is, for some people they may be faster than others.

For example, some can reached level 10 in 2 years, while others may take 10 years. But still in the end, everyone will still reached their goal if they spent enough time nurturing it.

So basically in talent, you’re just using a shortcut. If you practice hard, eventually you’ll still be able to reach the masters.

An extremely charismatic and friendly pianist. It’s no wonder why he has such a globally strong fanbase! Ah, watching those covers sure made me feel like taking up singing again~