CHEERZ TO THE ERA OF IDOLS!

CHEERZ TO THE ERA OF IDOLS! 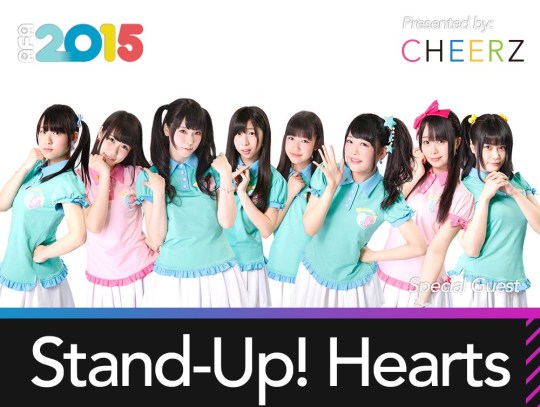 It’s official. The era of idols has arrived, and Singapore will definitely be graced with more performances to come! For fans outside Japan, supporting our idols might be tough due to our geological complications, but fret not, there’s a new project out there to rid us of this cross-boarder complication! Cheerz!

Before we jump into how we can support our idols, let’s have a little idol talk for the curious readers we have out there!

The term Idol (アイドル) has, in recent years, transitioned to a generic term for young entertainers in Japan. Falling in the categories of being singers, voice actors, or even models, just to name a few.

So just what makes these idols so different from your regular performers? Both radiate professionalism and are a bundle of exuberant personalities that strive to live up to their dreams and expectations. However, one important step is missing. The process of getting to stardom.

It is this very journey that idols take their fans on, that forms a special bond despite being such a niche portion of the entertainment industry. Imagine, following an idol through the different stages of her career, witnessing the growth of an unrefined trainee performer and being there through all the improvements made along the way.

That experience is priceless.

As the name suggests, these underground idols (地下 アイドル) are not your usual performers aiming for mainstream popularity, that are more often than not bounded by strict rules and etiquettes. They tend to have the freedom of making their own decisions and their expressions are not restricted.

An example is how Chika idols let loose and truly enjoy their limelight, not being afraid to hop in the audience for some fan interactions and even join in the otagei!

It is also not unheard of when underground idols catch the eyes of record label companies and make their big debut into the mainstream industry!

Shiina Hikari (椎名 ひかり) also known as Pikarin, is a great example! The picture above shows how she still maintains the close interactions with her fans!

So where does Cheerz come in?

Cheerz is an idol supporting initiative that gives budding idol groups, and even the less widely known Chika idols an avenue to gather more supporters and build a stronger fan-base!

A mighty meaningful initiative if think about it!

With over 400 idols participating in this project, Cheerz has an application that simulates a social-media like platform for these aspiring artists to connect with their fans. Expect exclusive, behind the scenes and even personal photos of the idols! Ever envisioned how your favourite idol would look without makeup or even going about their daily activities? Think about it no further, those pictures you’ve only ever dreamed of might already be shared on Cheerz!

Cheerz brings forth their concept in three simple steps.

With a constantly updated of photos, you’ll never get bored with outdated pictures to the point you backtrack previous uploads. Every refresh will greet you with interesting updates by your idols (under the “” tab) or the main gallery with all participants!

Which leads to their next point, Discover! With every scroll bringing you fresh content, you’ll find sides of your idol that have never been seen or shared with before! You might even fall head over heels and become a fan of another unit as well!

What’s more, Cheerz occasionally has events to promote idol groups, which can range from photo book opportunities to performing at overseas events!BPM15Q won top place at one of such events and was given the opportunity to perform here in sunny Singapore, during the Moshi Moshi Nippon Festival!

At a recent ranking event, held from the 26th of September till the 27th, the winning idol’s group will be featured and invited as special guests in Anime Festival Asia! The Singapore iteration of the event is expected to hit more than 140,000 visitors!

Yuyu Arata represented Stand-Up! Hearts in the competition, and topped the scoreboard with an overwhelming 571,103 cheers.

We’ll be bringing you an exclusive interview with the members of Stand-Up! Hearts so do stay tuned for more! Many thanks to the Cheerz team for giving us this special opportunity!

More details about Cheerz can be found below!

Have a look around the Cheerz booth from the 27th to 29th of November at AFASG’15! The cordial Cheerz representatives will gladly answer any queries you have about the application! Don’t forget to have a chat with the Stand-Up! Hearts idols while you’re at it!

It’s truly exciting how idol culture has begun taking over the various media industries! Hope to see more of such efforts to support and promote more aspiring idols!