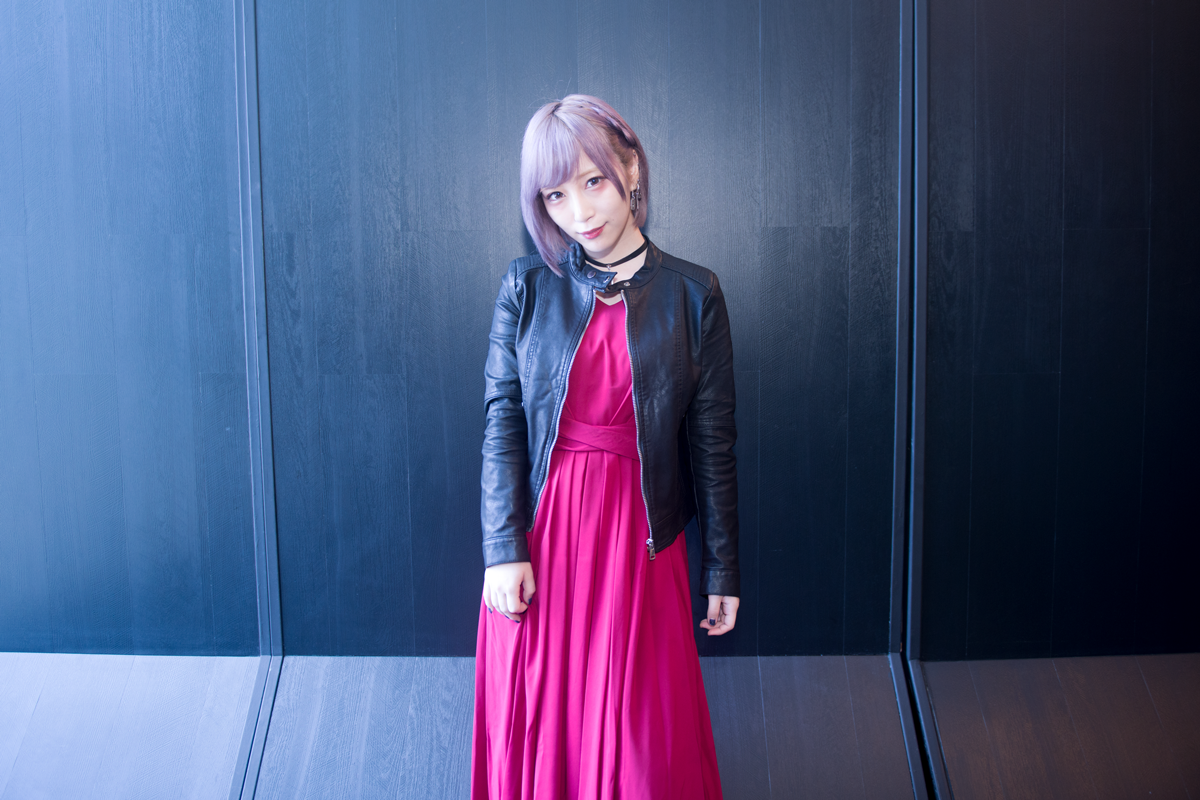 Born on 20 October, ReoNa describes herself to have a boy-like voice, who sings with a delicate and deep vibe while appearing as a young girl with “shaded” personality.

Her break came in 2017 when she managed to become a finalist in a Sacra Music audition and she was chosen to be the singing voice of Elsa Kanzaki, the main protagonist of Sword Art Online Alternative: Gun Gale Online. As Elsa, ReoNa has released four singles and the mini-album, “ELZA”.

Building on her debut success, she finally had a solo debut in August 2018, releasing “SWEET HURT”, which was also used as the ending theme for TV Anime “Happy Sugar Life”. She quickly followed that up with another successful collaboration with Sword Art Online, releasing her second single, “forget-me-not”.

With her captivating and serene style of performance, she has completed her recent sold-out one-man birthday live, and has also collaborated with famous singers like the famed Daniel Powter when he came to Japan in June 2019.

In 2019, ReoNa returned to her roots, releasing Prologue and Null, both singles reflecting on her origins as Elsa and ReoNa, respectively.

You first shot to fame as the singing voice of the character, Elsa Kanzaki, in the anime series, Sword Art Online Alternative: Gun Gale Online. Looking back, how do you think your music career has evolved since then?

Looking back, it has been more than a year since I represented Elsa Kanzaki. I don’t think my singing style has changed much as I always give my all whenever I’m singing. But one thing is for sure, the role of Elsa Kanzaki allowed me to deliver my music to even more people.

What kind of existence is Elsa Kanzaki to you?

To me, Elsa is more than just a character. Personally, I feel that Elsa goes beyond a fictional character, as if she’s a real physical person. I feel that she’s always beside me all the time. So, whenever I sing her songs, I would always wonder how she would sing, and what kind of feelings she would have when she’s singing.

What motivates you to continue your musical career – fans, passion or other factors?

I definitely think of my fans; the fans who would warmly receive my songs and fall in love with them. But ever since I was a young child, I would always love to sing and watch animation. Therefore, my motivation comes from having fulfilled by childhood dream as it has always been my dream to become a singer. Without my fans, I would never have been able to fulfil this dream.

What do you do in your free time?

How do you feel about coming back to Singapore again? Is there anything that you missed in Singapore?

I’m very happy to be back! Singapore means a lot to me as it was the first overseas country that I performed at. I also like Singapore’s warm weather. The last time I was in Singapore, I didn’t have the chance to see the Merlion, so this time I would definitely like to see it.

Do you have any role model in the music industry or someone that you admire?

I actually look up to too many artistes and I cannot just pick one, so I won’t be able to specifically name out all of them. In fact, since I represented Elsa, I have started playing the guitar. My guitar is a very small Azalea guitar, which I think was influenced by Ed Sheeran’s guitar, since I have liked his guitar for a very long time now.

Many of your songs employ dark emotions and strong lyrics. Where did you get the idea to use them from?

It’s based on my personal experiences and feelings. But whenever I do collaborations, I would always try to find the common feelings between myself and the piece (of music). Afterwards, I would discuss with my lyricists about my feelings and would request for the lyrics to reflect my feelings.

Which of your songs would you say has had the most influence on/ is relatable to you?

There’s quite a number of music that has influenced me but, if I really have to choose one, it would be a song from when I started watching animation. In my elementary school days, I watched Higurashi When They Cry (Higurashi No Naku Koro Ni), which was considered a “dark” Anime at the time. The opening of Higurashi’s second season, Naraku no Hana, has the most influence on my music.

How do you feel about recording 怪物の詩 (Kaibutsu no Uta) that was sung before your debut?

Kaibutsu no Uta was my first original song. However, during those days, I was unsure on how to express or sing this song. In fact, I have always been wondering how I should sing this song. It has been three years since I’ve released my very first song, and I have had many opportunities to sing and perform on live stages in front of many people.

I first sung “Kaibutsu no Uta” when I was 18 years old and when I had the opportunity to include it in my 4th single, Null, the way to sing the song became very clear to me when I pictured the audiences who have supported me these three years.

Please share with us something interesting about your recent 4th Single – Null.

Other than “Kaibutsu no Uta”, prior to my debut, I have another song, Lotus, which is a song I deeply cherished. The final song in the single, “Ketsui no Asa ni”, is a cover song that I really liked as well.

Earlier this year, I performed in my live tour, ReoNa Live Tour 2019 “Colorless”, which is my own self-project that focuses on myself. As the title of the tour implies, the tour did not have colours, so I decided to adopt monotonous visuals for this project. For this project, I have also made this “Zero” symbol choker to remind myself and to symbolise my origins.

Please share with us any interesting happenings during your ReoNa ONE-MAN Live “Birth 2019”.

As this was biggest project yet, I was very nervous and tense throughout. During this live, I was able to perform “Till the End” for the first time, which was the theme song for the 10th anniversary of the original Sword Art Online novel.

Since it was the song’s debut, I delivered the song in a special way. I had a choir at the back singing the chorus while also having a String Team (Iruma ストリングス) supporting the performance. Because of this, the audience really concentrated on the music performance.

I felt the audience’s passions and heated feelings and I could see that they really enjoyed my world of ReoNa. It was also quite a long song, but it was a really special moment for me as I felt that my fans, the venue itself and I became one together.

As part of a new generation of female artistes, ReoNa’s music and style calls out to those who prefer emotional pieces. Having just completed her biggest one-man live yet, J-Experience knows that she is someone you would definitely have to look out for in 2020!