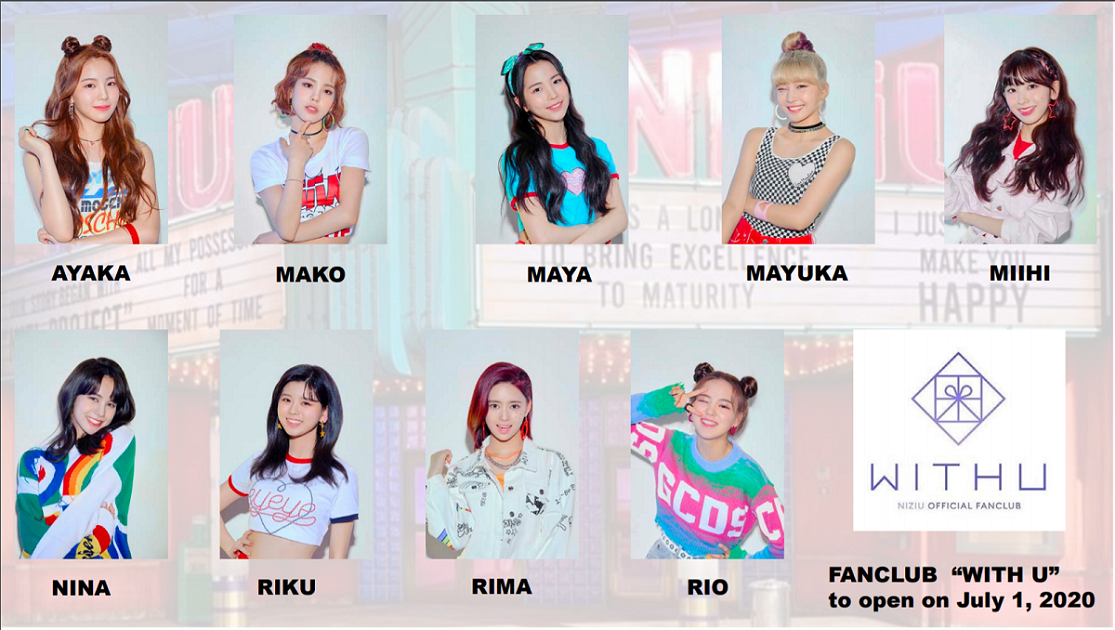 Sony Music Entertainment and JYP Entertainment have been working on audition program “Nizi Project” for a year, and 9 finalists, forming the girl group NiziU, have been announced. Their pre-debut mini album, “Make You Happy”, was released on July 1st, 2020, with their major debut upcoming in the fall. Watch the “Make You Happy” MV here, which has surpassed 500 million views in just 14 hours on YouTube!

What is “Nizi Project”?

A project by Sony Music Entertainment and JYP Entertainment joining together to create a Japanese girl group with the essence of K-pop, aiming at reaching a global audience.

NiziU has also launched their official fan club titled: “WITH U” on July 1, 2020.