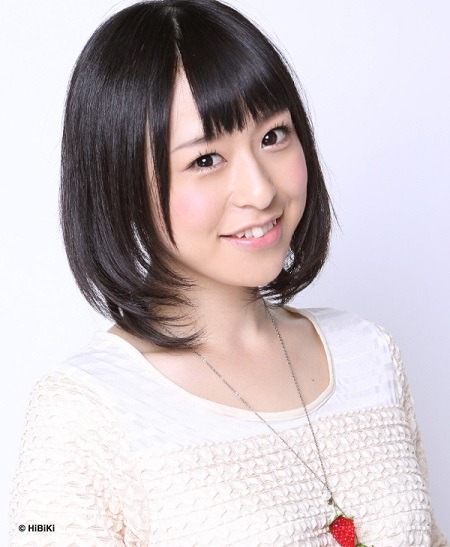 Sora Tokui, a Japanese voice actress and singer, was recently in Singapore for the C3 Chara Expo 2016! Soramaru – as she is more commonly known – debuted in 2009 as Himemiya in Weiß Survive R. She is also a member of the singing group, Milky Holmes and a part of µ’s, a group of nine school idols in Love Live!

The talented and bubbly Soramaru is also a manga artist, where her 4koma – Mahou Shoujo Jitaku-chan was serialised in Otapoke magazine!

Between rushing for fan meets and stage shows, the ever busy Soramaru managed to sit down with us for a short while for a quick interview!

Q: Having been to Singapore a few times, what do you like about it?

Tokui: The environment is really very clean and the weather is very warm and pleasant! I feel safe when i go out too.

Q: What is your favourite thing to do whenever you come to Singapore?

Tokui: I find that I always having fun whenever I am on stage performing live.

Q: Any places you want to visit in Singapore this time?

Tokui: I haven’t done a lot this time yet, but I hope that we would be able to do something as a team together.

Q: Do you have any messages for your fans in Singapore?

Tokui: When I had an autograph session today, some of the fans were able to converse in Japanese and show their emotions to me, so I was very touched and happy.

Q: You have visited so many countries, so which country do you want to visit next?

Tokui: I would like to visit Europe as I have not been there.

Q: Any of the European countries?

Tokui: Actually, I overheard that there were a lot of anime fans in France, so that’s probably where I want to visit first.

Q: Do you want to have a photoshoot over there, then?

Tokui: Yes, I would love to try!

Q: You have met many fans from various countries, are there any differences between the fans?

Tokui: Wherever you go, when you meet anime fans, they will be wearing shirts of their favourite characters or have anime goods with them. I feel that it’s very similar to the people in Japan.

Q: Why did you choose to be a voice actress?

Tokui: Ever since childhood, I have always liked animation. That’s why I wanted to be a voice actress.

Q: Where do you get your inspiration for voice acting?

Tokui: I just want to make the characters that I voice more interesting and entertaining and I would ponder on how to do so. That’s my inspiration for voice acting.

Q: As a voice actress, what are the most unforgettable moments that you have experienced?

Tokui: My dream was always to be a voice actress. So when I heard the character that I voiced being broadcasted on television for the first time, it was quite memorable and I was really happy!

Q: Of all the characters that you voiced, which was the most memorable and why?

Tokui: Nero from Milky Holmes! Nero was the first character that I voiced as a seiyuu and it’s also the character that I have been voicing for a long time. I feel very strongly and am very attached to her.

Q: How do you overcome your difficulties for voice acting?

Tokui: It’s a very difficult question! (laughs) I would just take one step at a time, give my best all the way and move on after each challenge!

Q: What advice would you give to aspiring artistes or voice actresses?

Tokui: I think it is very important to take that first step, for example, going for that first audition. You need to keep moving ahead and try.

Q: What career would you pursue if you are not a voice actress or a singer?

Tokui: I would most probably be an artist or a painter.

Q: You like to draw manga and you even draw your own LINE stickers. Which manga artist do you like?

Q: Is it very difficult to make the character designs for your manga?

Tokui: The question itself is very difficult to answer! When I am introducing a new character for my manga, I would usually think and prepare for a couple of months before doing so.

Q: Do you get any inspirations from your friends when you design a character?

Tokui: I get a lot of images from my experiences, which I would consolidate inside my head before creating the character design.

ON HER SINGING CAREER AND PERFORMING LIVES:

Q: What can you tell us about your latest single, “Waku Doki Shooter”?

Q: Could you please share with us any interesting occurrence during your voice acting or past performances?

Q: How do you feel about performing as a group and solo? Is there any difference?

Tokui: As a group, I feel more comfortable and secure. When I perform alone, I feel a little bit lonely on stage.

Q: Which do you like more – dancing or singing?

Q: What do you want to do at your live shows?

Tokui: I want to sing along with the audience!

Q: What do you usually do to prepare for a live show?

Tokui: I would eat a proper meal beforehand.

Which live performance attire do you like the most?

Tokui: The gym attire from Milky Holmes! It is very cooling and easy to move and dance in, that’s why I like it very much!

Is there a food you always eat before a live?

Tokui: I actually don’t have a special food I always eat! I just eat any meal that’s available at the time.

ON HER VARIOUS ANIME SERIES:

Q: What do you like about Paruko Nanana from Future Card Buddyfight?

Tokui: In the anime, she is the character who explains and broadcasts the card fight; it’s actually quite exciting to play that role!

Q: Since the Milky Holmes project begun in 2010, what has kept the 4 of you together?

Tokui: We actually all just like similar kinds of food! So we would bond and eat at the same time!

Q: If you could voice any character in Neon Genesis Evangelion, who would you like to voice?

Tokui: I would like to voice the NERV staff that can communicate with Asuka Soryu as I want to talk to her.

Q: What do you like about Asuka from Evangelion that made you once cosplay her?

Tokui: She is a very interesting and cool character! She also has a mysterious feeling to her.

Q: Among all of the songs in Love Live, which song represents Nico the best?

Q: What do you think about the relationship between Nico and Maki?

Tokui: I think that their relationship is very good!

ON HER LIKES AND ASPIRATIONS:

Q: What do you do in your free time?

Tokui: I would probably be taking a nap!

Q: How do you relieve stress?

Q: What are your goals and ambitions for the next few years?

Tokui: I would like to try my best as a voice actress but I would also like to do my best as a manga artist as well!

Q: Are there any plans to release a second photobook?

Tokui: If people want a second photobook, I wouldn’t mind doing it! (laughs)

Q: For the second photobook, what type of costume would you like to try?

Tokui: I will think about it!

We hope that this interview brought you a little closer to Soramaru! Please do continue to support her and her projects! We look forward to many more visits from you, Soramaru!