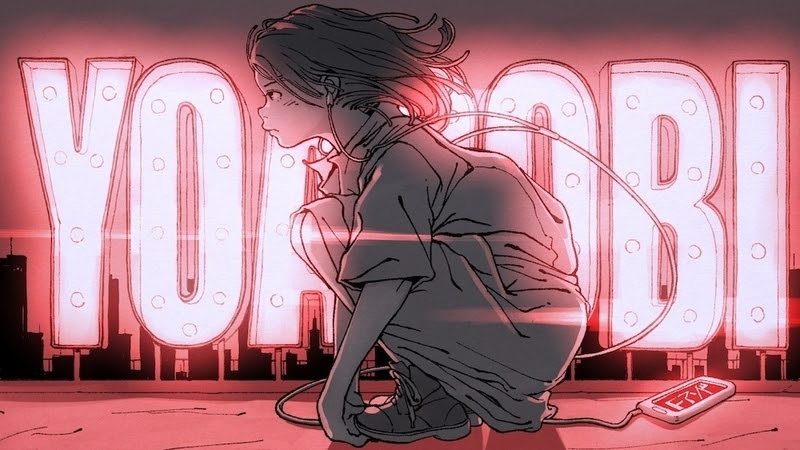 YOASOBI is a Japanese duo best described as “the musical unit that turns literature into music”. Their debut song “Yoru ni Kakeru” released in November 2019 attracted a lot of attention immediately after its release and has now exceeded 300 million views on streaming platforms. YOASOBI also swept the #1 spot on multiple streaming charts, hit #1 on the 2020 Annual Billboard Hot 100 and Streaming Song Charts, and made an appearance in the 71st NHK Kouhaku Uta Gassen.

YOASOBI has ranked #6 on Spotify’s “Viral Top 50 Global Charts”, as well as in individual countries and regions such as the United States, Canada, Hong Kong, Indonesia, Malaysia, and India. Their playback on TikTok has also increased remarkably, reaching over 500 million views.

On 6th January 2021, their first CD “THE BOOK” and the S2 opening theme of the TV anime “BEASTARS” titled “Kaibutsu” were released at the same time, while the ending theme of the same anime. “Yasashii Suisei” was released on 20th January — both tracks are currently sweeping the charts.

YOASOBI will be holding their first solo concert and their first streaming event “YOASOBI 1st LIVE “KEEP OUT THEATER ” on 14th February 12021 (Sunday). This performance is already highly anticipated in Japan, and it has become possible for overseas fans to purchase tickets due to numerous requests!

With the band attracting worldwide attention, there is a possibility that the number of territories the duo will stream to will increase in the future, so show your support and don’t miss YOASOBI’s solo concert “YOASOBI 1st LIVE “KEEP OUT THEATER “!

【About YOASOBI】
YOASOBI is made up of composer Ayase and vocalist ikura, and is best described as “the musical unit that turns literature into music”.

Their debut song “Yoru ni Kakeru” was released in November 2019, and attracted a lot of attention immediately after its launch; it has now exceeded 300 million views on streaming platforms and hit #1 on the 2020 Annual Billboard Hot 100. Their second song “Ano Yume wo Nazotte” has an accompanying original novel which has also been adapted into a comic, while their third song “Halzion” has been used as a collaboration song by beverage products, films, and others. Their fourth song “Tabun” was released on 20th July, and on 1st September their song “Gunjo” was released — which was used in the commercial of Bourbon’s “Alfort Mini Chocolate”. In December, “Haruka” was released, based on an original novel by Osamu Suzuki.

On 6th January 2021, their first CD “THE BOOK” was released. It attracted a lot of attention from the start and debuted at #2 on the Oricon Daily Rankings, with all of the songs in the album ranking within the Top 25 at the same time on the Apple Music Streaming Charts. YOASOBI continues to explore other creative avenues besides music, such as books and movies.