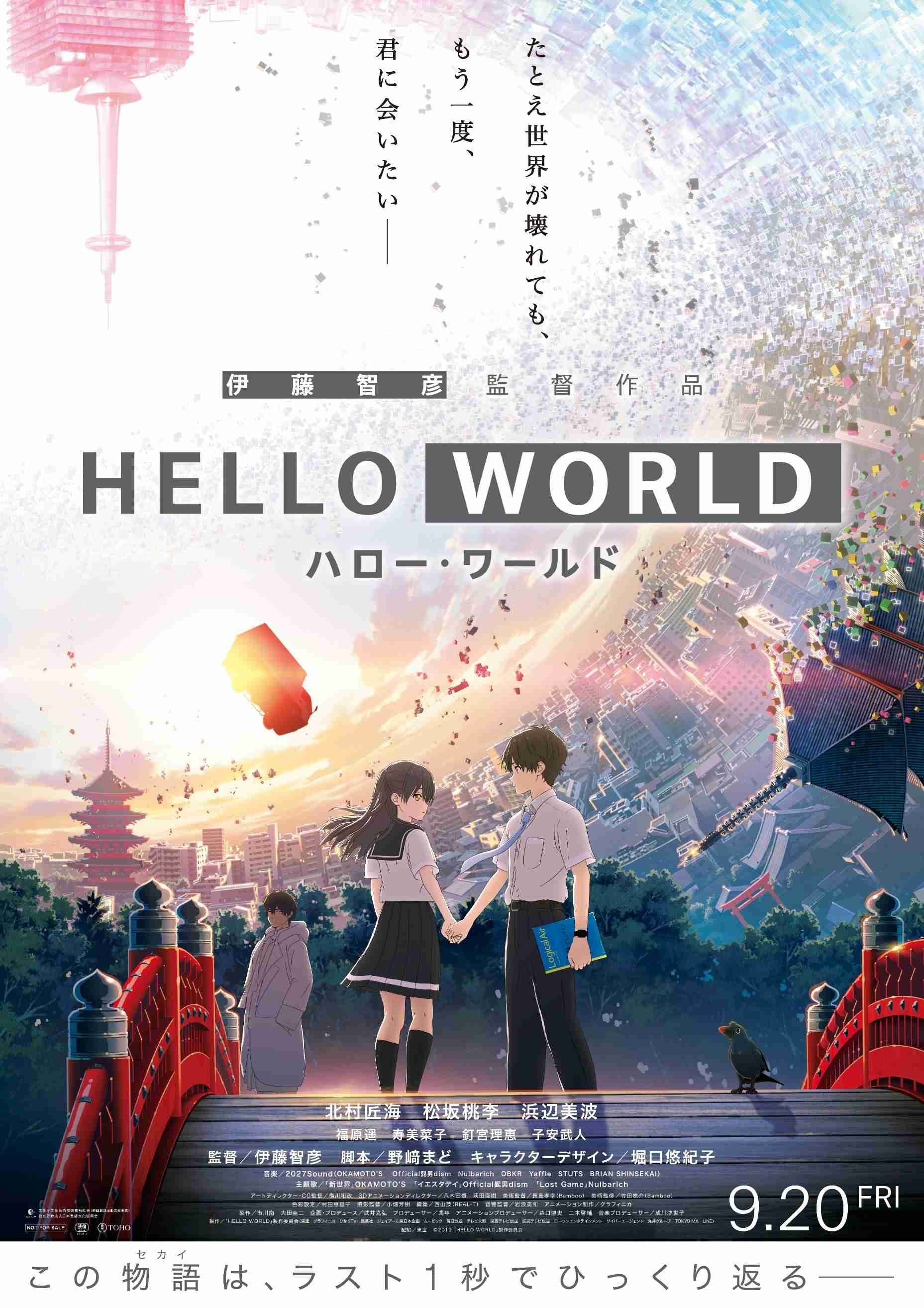 The setting is set in 2027. Naomi Katagaki is an ordinary high school student who is awkwardly shy around his classmates.

Everything changes when his 10 years future self appeared before him, telling that he is living in a past virtual world that existed in a recording device called “Alltale”.

According to his future self that his current self would become lovers with Ruri Ichigyou, however, shortly after they became a couple, Ruri Ichigyou will lose her life after being struck by lightning during a fireworks festival.

His future self objective is to avoid this accident in the virtual world, change the future (for an alternate ending) and seeing her smile again. Thus, a bizarre friendship was forged.

3DGC depiction of the movie

The first thing that caught my impression was the degree of completion of 3DGC animated movie by Graphinica.

It has depicted the softness of Yukiko Horiguchi’s design very well, and the 3DCG expression is reminiscent of how far technology has come.

I am not going to debate if 3DCG or 2D is more “superior”.

Personally, felt that there’s some slight unnaturalness peculiar to 3DCG in the movement of the characters.

Viewing 2D drawing is equivalent to natural, thus had my preference.

However, in this case for Hello World, 3DCG is a well-depicted concept used – Technology.

In the early scene/PV, the future Naomi Katagaki revealed that he came from the future and the “real world” perceived by Naomi Katagaki was actually a simulator of “record virtual world based on data” within Alltale.

It piqued my interest since these are the typical story climax plots and they’re just straight out revealing in PV?

Similar to predecessor genealogy, Hello World is a work that raised the problem between “Reality” versus “Virtual”. A first-class excellent combination work by Tomohiko Itō & Mado Nozaki.

[Spoiler – Based on own memory]

The future Naomi was a researcher at the Alltale Control Center, and after being promoted to the System Management Main Director, he secretly conducted his personal experiment to transfer his consciousness to the recorded world. (He became partially crippled from his experiment)

His true intent was to transfer Ruri’s mental data in the recorded world to the “real world” and to revive Ruri who has become brain dead from the day she was struck by the lightning.

The future Naomi tricked the “virtual” Naomi after “virtual” Naomi succeeded in saving Ruri from the lightning strike and against the Alltale automatic repair system – Komen (狐面) since a virtual future record where there’s Ruri is a displacement and disruption.

The future Naomi revealed his intention and successfully sent the “virtual” Ruri’s mental data into the coma reality Ruri.

There was a displacement of data after the “virtual” Ruri’s data was being transferred away.

The Alltale automatic repair system – Komen (狐面) categorised “virtual” Naomi as a threat and initiated to “delete” him off.

The transferring caused corruption of data and was going to overload the Alltale system. The management & future Naomi decided to system restore Alltale and “Virtual” Naomi’s world will be deleted.

The “Virtual” Naomi was given a chance to save back his Ruri.

[At this point, it became analytical on which point of view you are going to take a stand with the “Naomi”]

Subsequently, the Alltale’s automatic repair system – Komen (狐面) appeared in the “Reality” and attempted to kill off the “Reality” Ruri.

This was the plot-twist interception that the “Reality” Naomi was actually living inside the virtual Alltale system all along.

The “Virtual” Naomi appeared and once saved Ruri.

The two worlds which we have known has been flipped.

The world that “future” Naomi thought was the “real world” was actually a virtual world, and there was a higher “real world”.

The point of this story was not as simple as that “the real world is a virtual world” but rather that “humans have created a complete virtual world”. In other words, it contains a painful irony that the person who thought was the “creator” was actually an “object”

The world of “HELLO WORLD” based on the problem of “relativization of the real world”.

The supposedly “future” Naomi tried to amend his mistakes and assisted both “virtual” Naomi & Ruri.

The most tear-jerking scenario:

It was revealed by the “future” Naomi that the disruption was caused by having 2 Naomi existing in the same “virtual” world, thus “deleting” the supposedly “future” Naomi would save the “Virtual” Naomi.

The story concluded with the ending of “Ruri saves Naomi who saves Ruri”.

However, there is no guarantee that the world at the moon that Naomi woke up is truly a “real” world.

However, the possibility of being extended indefinitely can also be included.

In that sense, this movie raised a very uneasy problem for human existence while wearing a happy-end love story because it is a medium that includes the “period” of a movie, it has only brought apparent salvation endings to viewers.

In this way, “reality” is completely relativized.

If it is a relative relationship between reality and virtual reality, then the virtual world may have the same or greater value than the real world.